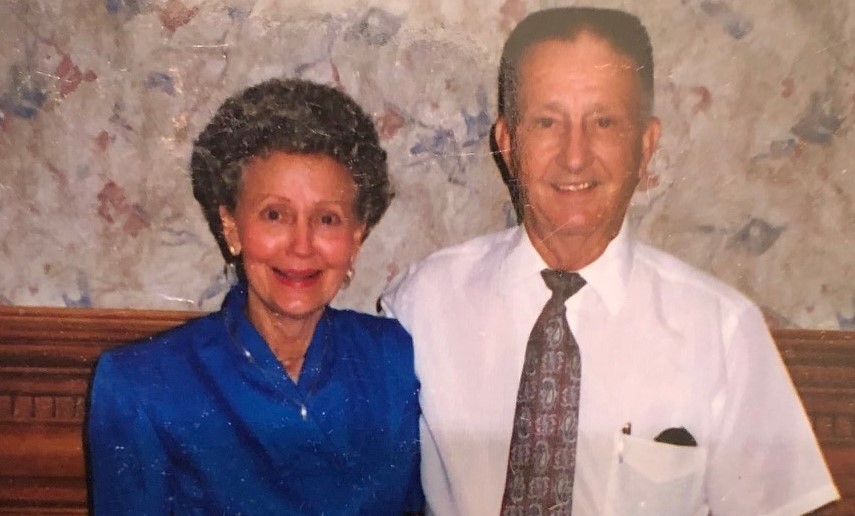 Partners In Education Foundation, Inc., (PIE), is pleased to announce receiving the

The Reeps had no biological children but claimed every Wildcat as their own. They
became family to the athletes as they participated in sports. They rarely missed a home
game and made most away games from at least as far back as the 1960’s though the
early 2000’s. This outstanding attendance of baseball, basketball, and football games
was recognized by awarding them the EHS Boosters of the Year and are inductees into
the EHS Boosters Hall of Fame. Their enjoyment of sports extended to include American
Legion baseball and Kansas University basketball and football.

Chuck and Eloise both graduated from El Dorado High School, they were married for
69 years, Chuck passed away in 2016, Eloise in 2021. Chuck served in the Navy during
World War II and his career included owning a hardware store with his wife, then
retiring from Safelite Auto Glass.

Contributions can be made to honor Chuck and Eloise by indicating their memory.
The donations will be endowed for use by the Brock Poe Outstanding Student Athlete
Scholarship. This scholarship is awarded to outstanding student athletes who
participated in high school, city, or American Legion sports. Donations can be mailed to
PIE 124 W Central El Dorado KS 67042, or online at: https://piefoundation.revtrak....

Partners In Education Foundation is a not-for-profit foundation established in 1989
to enhance the educational opportunities for the students of USD 490. For more
information contact Rod Blackburn, Development Director at
rod.blackburn@pie490.org, 316.322.4800.